B&B Il Borgo
A story behind every detail

B&B "Il Borgo" is situated in a sixteenth-century palace, in the very heart of the old town centre of Gravina in Puglia, in the notable square called Piazza Plebiscito with a short distance from the beautiful attractions in this area.
It provides comfortable, enchanting and eclectic rooms with a story behind every detail.
A brand new experience, unusual and unique. 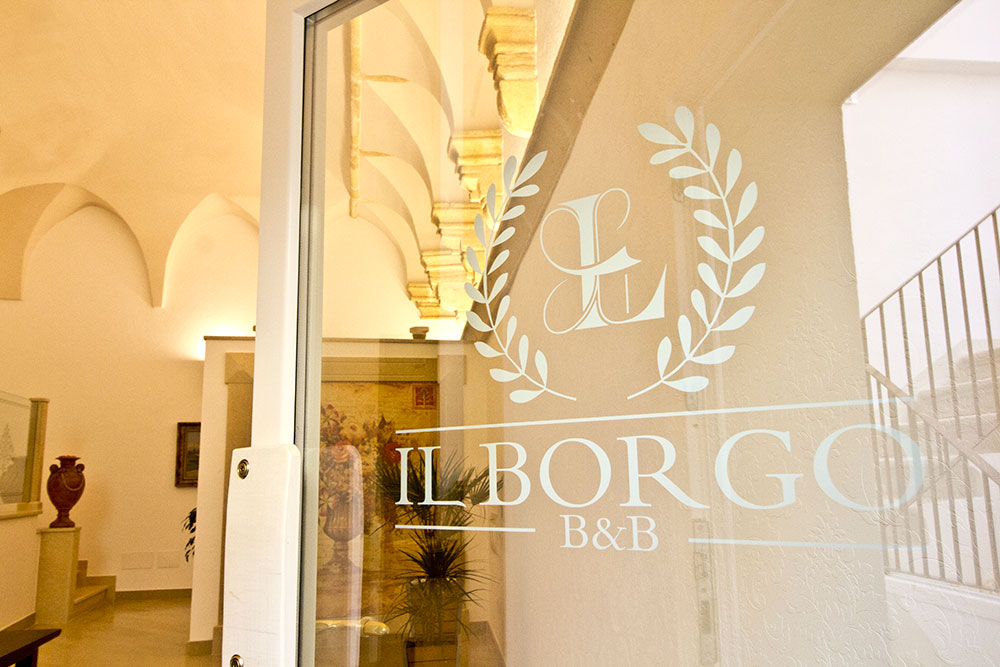 B&B “Il Borgo” offers 5 comfortable and eclectic rooms, each with its own peculiarity, all able to make your stay truly unforgettable.

Provided with all comforts, the two Superior Rooms are able to accommodate from 1 to 3 people.
They are all equipped with a veranda overlooking a beautiful square in the old town centre.

Provided with all comforts, the three Family Rooms are able to accommodate from 1 to 4 people.
They are equipped with kitchenette and divided into two areas: a living and a sleeping one.

The international breakfast is conceived to satisfy the palate of all our guests. Our selection includes brioches, cakes, biscuits, bread, corn flakes, yogurt, fresh fruit, jams, meat and cheese, eggs, bacon and more. Drink offer: espresso, cappuccino, milk, fruit juices, tea and infusions.
All products are selected to give an enjoyable awakening ..

Relaxing time in our Relax!
Light, heat, steam, water. We wish you can spend some of your time immersed in the warm vibrations of a Jacuzzi, surrounded by the scents of the emotional shower and those vapours of the turkish bath that tones up and relaxes.

Located on the Western Murgia plateau, Gravina is a town on the border between the regions of Puglia and Basilicata. Part of it extends on the sides of a "ravine", a deep canyon over 100 meters dug by the homonymous river in the limestone rock.
The oldest and rocky part of the town has winding and intricate streets, there are medieval houses with balconies on corbels, the ruins of the Swabian Castle, built by Frederick II of Swabia for his hunting trips, the Cathedral and the XVIII century Viaduct-Bridge that connects the two banks of Gravina river. On the Northern side, instead, a large and modern district with grid plan expands over the plateau.
The town has an agricultural tradition, particularly for the wheat cultivation that has always played a very important role in the Murgian territory; this has also led Gravina to be chosen as the seat of Alta Murgia National Park.
Under the Aragoneses Gravina saw an economic and cultural renaissance; the duchy was assigned to the Roman Senator Francesco Orsini. Thanks to the permanence of the Orsini family the town enriched with monuments and famous people, the most important of all was Pier Francesco Orsini who was born in 1650 from the Duke Ferdinand III Orsini-d'Aragona and Giovanna Tolfa. First-born of this prestigious family, he renounced to the glories of ducal court to embrace the monastic life that in 1724 led him to the Papal throne under the name of Pope Benedict XIII.

Among cellars, cisterns, caves and tunnels the striking and original underground of Gravina stretches for kilometres. In these underground cavities the initial sense of claustrophobia is accompanied by the wonder of a second town, a parallel reality made up of a tortuous path that shows the charm of the fantastic and surreal Gravina, remained hidden for years.
A journey through culture, rock civilization and history to discover old traditions, tastes and folklore with the eyes of those who, for the first time, are about to experience a new world made of new roads, places to explore, stories to listen, smells to breathe.
A few minutes away from Gravina people can easily reach the city of Altamura, known for its old town centre full of narrow streets, patronal palaces and for the presence of Santa Maria Assunta cathedral; other attractions are the ‘Man of Altamura’, an intact skeleton of a Homo neanderthalensis, and dinosaur site, a field with authentic dinosaur footprints dated back to the Cretaceous era.
Also very close to Gravina is Matera, one of the oldest cities in the world, the so-called Stone City declared World Heritage Site and, in 2019, European Capital of Culture. It is also known for its fascinating and complex history: border city with contrasts, competition and mix of landscapes, civilizations, different cultures. 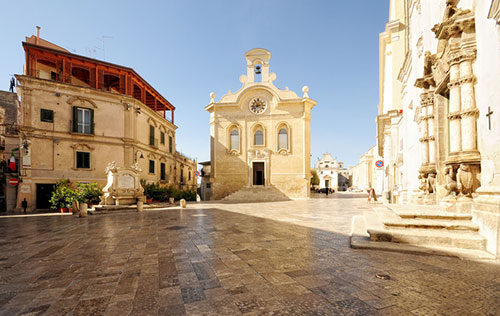 Cookies help us deliver our services. Using these services, you agree to the use of cookies on our part. Accept Read more